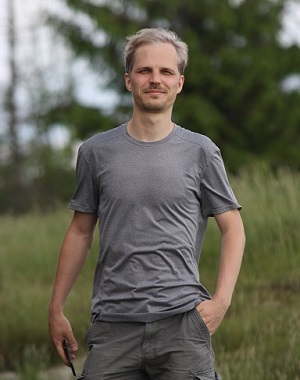 Hello to You! My name is Jan Zlámal, currently living in Prague but born in Olomouc. On the internet I usually use the nickname z0ny if possible but on some stupid pages that can't use numbers or they have minimum length of 6 characters, I need to use Yaa or combination z0nyaa.

Most of the time I'm working with computers. I like programming mostly Ruby (with Rails), Debian, networks, games, some services like Docker, GitLab, etc.

Outside of computer world I love my bike, I often listen to music, I have been playing Ingress for many years. Sometimes I go out just for a walk especially at night and i like hiking. In winter time skiing and skating is good place where to be, so you can ask me to go there with you!

From a personal side I'm a loner and I actually don't like more than a few people in one place. That's the reason why I like nature much more than cities and if so, then at night. I like complicated things made from simple ones and things that work because they do something, not because they look nice. So, yes, I'm totally not a design and UX guy, but pure backend one. In some aspects I'm a perfectionist and I'm not satisfied until it's done as I want or until I'm convinced I'm wrong, even if it's a really stupid unimportant thing. There are a lot of interesting things about me, but you know, you need to discover them by yourself and you can be sure you want to do :-) As I say, you should try anything you want at minimum of once!

I use or I work sometimes (or worked in past)

I recommend you use email because it's more formal and I can respond to you in a more complex way if needed but of course you can use whatever channel you want. Please, for every communication channel use some reference to this web and what you want to not be ignored (yeah sometimes I get very annoying spams)